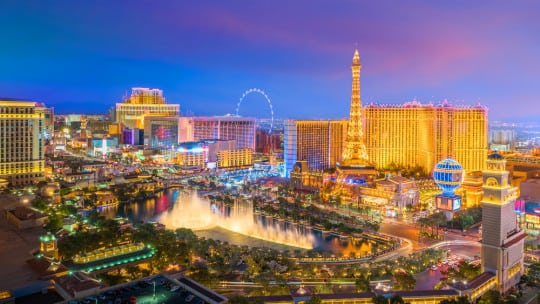 Ending later today in Las Vegas, CES is the largest consumer electronics show in the world. Going beyond the fancy gadgets, lavish parties and flashy booths, though, what does it all mean for communicators? Here are a few ideas.

Many will argue CES remains a TV trade show, but the presence of automobile companies has been growing, and this year saw a huge shift, specifically to technology in cars. PR pros should expect to interact more with automotive innovations next year. Self-driving cars, autonomous capabilities, and zero-accidents tech dominated.

Nissan demonstrated B2V technology or a “Brain-To-Vehicle” headset that looks like it’s meant to be in Blade Runner. Hyundai and Mercedes-Benz showed how they will incorporate AI into their vehicles’ infotainment systems, essentially becoming a personal assistant in your car. Hyundai also unveiled the Nexo, a hydrogen fuel cell SUV. Honda introduced its robotic device concepts, 3E to showcase part of its core areas: robotics, mobility, and energy management.

Delivering its vision to simplify everyday life, Samsung announced that by 2020 not only will all its devices be connected, they’ll be intelligent. Samsung’s “intelligence of things,” its take on the “internet of things,” aims to enhance connected experiences. Ford, too lauded connectivity, recommitting to making all its vehicles connected by 2019. This means you’ll see more Fords outfitted with Wi-Fi hotspots, remote unlocking and location services.

With major brands connecting millions of mobile devices, PR pros should be thinking about connectivity, too. PR campaigns must adapt to utilize constantly intelligent platforms and interloping forms of communications. It appears all devices will be intelligent sooner than you think. Help your brand stand out from the crowd now and begin integrating your messages into these mobile platforms.

Google was ubiquitous. You couldn’t walk the Strip or cross the street without seeing a “Hey, Google” ad or human billboard. The lesson for PR pros: partnerships. Google literally partnered with the entire Las Vegas strip. (Take a look at TechCrunch’s terrific video about Google’s booth).

Strategic partnerships are key to expanding a brand’s media presence and pivoting to a new space. New showcases this year included Smart Cities, Sports Technology, and Design & Source. Each brought together private and public-sector partnerships that broke through the noise.

One in 3 CES attendees uses an Amazon Alexa, Google Home, Apple HomePod, or Samsung Bixby smart assistant. Show attendees were hit with a wave of smart-home-themed exhibits. Look for voice-activation assistance to become part of many of the products that will require PR campaigns.

Security device Canary added Alexa video support to its system and Whirlpool promised more extensive support for voice assistants in its appliances. Companies and brands are integrating voice-assistant control into commercial products faster than you can say, “Hey Google, what sound does a hippopotamus make?” This trend will exponentially triple when we think about partnerships with smart audio speakers, smart phone applications, and smart home products.

As a PR pro one must remain grounded. Always ask “Why?” when announcing a partnership. You’ll hear it’s good for business, or it’s the right and ethical thing to do, but consumers need to know how and why it represents a better solution than today’s approach. Similarly, align your story to those on the showroom floor, and you’ll end up breaking through the media noise at CES.

Virtual reality (VR) was a key topic at CES 2017. This year it was clear immersive experiences using VR were key in helping attract attendees and media to CES booths. We at Bell Helicopter used VR to promote our Air Taxi concept, but we weren’t alone. It’s estimated by 2020, more than 1 billion people will regularly access VR and augmented reality content. Wouldn’t you like to reach 15% of the world?

#CESBlackout was the No. 1 trending hashtag for three hours on Twitter, Wednesday. Was the culprit too many TVs (we’re looking at you, Samsung), (did Sony’s toy dog, Aibo, chew on the power cord), did an attendee ask Amazon’s Alexa to turn off the lights, or did Beyoncé bring down the house again? Actually, it was a once-a-year Las Vegas rainstorm.

Prime opportunities like this happen rarely, and some brands jumped at the chance for free PR. Did you see Intel’s clever tweet and its violinist playing on stage? How about Tesla’s rock show? PR pros should expect a crisis to strike without warning. Instead of panicking, think of the irony and positive thoughts. It’s your chance to make, er, light of the situation and tweet away about how your brand ties into the situation.

David Wolpert is social media manager at Bell Helicopter. Reach him at: @dfwolpert