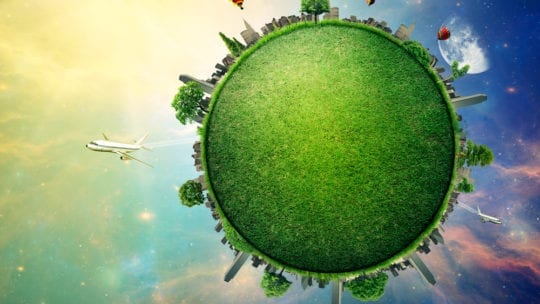 A grocery chain vows to eliminate single-use plastic bags. An agricultural company pledges to go carbon-neutral. A beverage maker commits to replenish the water it uses. These stories about corporate sustainability and CSR gained headlines and went viral.

Companies make commitments constantly. Why do some earn heaps of praise and millions of impressions while others struggle for traction? Here are four characteristics of a great reputational moonshot. Taken together, they’ll give you an excellent chance of achieving the warm reception your efforts deserve.

Audacity and All In

Big, bold goals command attention. Note each of the above examples focused on absolutes: all the bags, all the carbon, all the water. What’s more, each company added urgency and accountability by setting a date. But note that they all led with the end result, not the year-over-year incremental plans for getting there. For good reason. Each had a general idea of how they’d achieve their goals, but none had fully mapped a path forward at the time of announcement.

So, when working with sustainability experts on this type of launch, don’t sweat not having all the answers at the outset. Besides, communicating milestones along the way will give you more bites at the apple as you promote the company’s good deed.

Achieving carbon neutrality generally means you’ve eliminated heat-trapping greenhouse gases (GHGs) from operations or joined a pool of companies investing in projects that avoid such emissions. A Fortune 500 company took this later approach to erase not only its own carbon footprint, but also that of its suppliers. It was a huge deal but received scant attention. Why? Any company with an open pocketbook could have done the same.

Contrast that with a pledge an agricultural company made, which earned hundreds of mainstream media mentions, nearly 7 million impressions and 100 percent positive coverage. The key was the company’s innovative approach: It encouraged and incentivized crop-growing practices that could store as much or more GHGs in the soil as were emitted from growing the crops. The company called it carbon-neutral crop production. It was a trailblazing idea that seemed impossible but sound science supported it.

Get Your Timing Down

When you launch matters. The grocery store chain that received worldwide attention was not the first to ditch plastic bags. But its announcement came at a time when headlines blared the threat of soon having more plastic in our oceans than fish. Riding this kind of wave (pun intended) and demonstrating that you’re a part of the solution to a startling problem is a great way to get noticed.

Or consider that groundbreaking agricultural company. It made its carbon-neutral announcement just as a historic U.N. conference on climate change was beginning and when agriculture was starting to be viewed as an important part of the climate solution. As a result, the company stole the show at the opening conference; a usually critical publication even characterized it as “donning the superhero cape.”

Relevance to the Business

The closer your audacious, innovative and timely moonshot goal is to your core business, the better. Bags are essential for getting groceries home. Beverage companies can’t exist without ample, high-quality water. Farmers face challenges from climate change – these will grow exponentially if something isn’t done. Addressing issues that directly impact your company and customers makes your story more compelling. Your credibility rises when it’s clear you have skin in the game.

As your company considers taking a stance on an important sustainability or social responsibility issue, make sure you get the credit you deserve. The Moon isn’t really too far away when you’ve done the work to get there. Consider these tips your rocket fuel.

Bob Axelrod is an SVP at FleishmanHillard