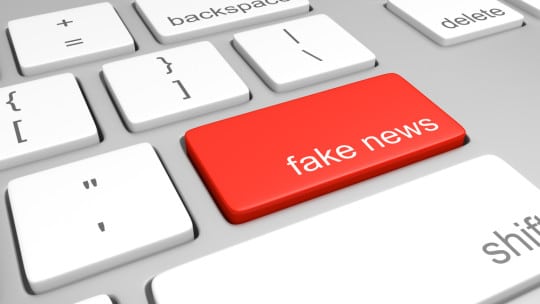 Last year’s presidential campaign and subsequent election left me scratching my head. As someone who has worked in PR for more than a decade, I could not believe the falsehoods that my own network of friends and family were sharing as news on social media. During the election cycle I worried when false and malicious stories seemed to take off like wildfire—often trending above stories from longstanding, respected news outlets like the New York Times, NPR and the Wall Street Journal. I continue to feel concerned that fake news sites seem to be thriving while established press struggles to keep up subscription rates. Fake news has been around forever, but in the digital age, its influence is far greater.

From phony click-bait news sites, to unqualified sources to falsified stories, fake news—however you define it—is a threat to the PR industry. If our job is to ethically persuade public opinion by working with credible media, it follows that it’s vital that the public’s trust in a free press not be eroded. To go a step further, if the practice of PR is going to survive, good journalism must thrive. For that reason, it is critical that PR pros be more accountable than ever for their work. That includes supporting credible media by examining our contributions and taking a role in the fight against fake news.

There are several ways to do this:

Pitch Real News: We must renew our commitment to provide real news (and in turn, real value) to journalists. Media relations is so much more than «securing a hit,» and too many of us have forgotten that we play an important role in the news cycle. We have to take a hard look at traditional media strategies and be much more accountable for the spokespeople and stories that we pitch. It will mean adjusting the way that we measure success—steering brands we work for and with away from vanity metrics (#fakemetrics, anyone?) and quantity of coverage toward a model that measures real business impact, quality and relevance of media coverage.

Use Real Sources: Newsjacking, or leveraging breaking news to elevate your brand’s message, is great, but too many of us use it as an excuse to proffer unqualified spokespeople. Sure, a mention in a hot story is a good way to gain exposure for your brand, but the best media opportunities are those that demonstrate deep expertise and knowledge. And your spokesperson providing expert commentary, nailing an appearance, cementing thought leadership and broadening public knowledge in the process? That’s a win-win for PR and for journalism.

Create Real Content: Contributed content is on the rise; as newsroom staff dwindles, more publications are allowing byline article submissions. PR writing, unfortunately, is eating that opportunity alive. Far too often, we’ve become used car salesmen, using contributor opportunities as a way to push corporate messaging through empty, meaningless op-eds. This isn’t necessarily fake news, but it definitely is not real news. In fact, poorly written PR content is the junk food of journalism and it damages the reputation of its publisher. To fix this, we need to do a better job of counseling the brands that we represent and prove to them that the real value of contributed content is joining and leading conversations about important and timely topics.

Be Ethical and Transparent: In short, avoid working with liars, never lie to journalists and fact-check your work. As PR pros we often are gatekeepers to the content that is shared with the public. Should you send unchecked, unverified information to a journalist, you are responsible for the proliferation of fake news. We must hold ourselves and the brands and spokespeople that we work with to the highest standards, making sure that they are ethical and transparent with the media.

Use Your Powers for Good: Anyone working in PR knows fake news when they see it, and it’s important that we use that skill to help dismantle it. On a small scale, we should be discouraging the spread of fake news within our networks (including friends and family), improving media literacy and helping those around us to better discern good journalism from garbage. We should be mentoring young people on best practices for media monitoring and how to tell a true news story from a fake. [Editor’s Note: Dick Martin, the retired communicator at AT&T, has called for an Ad Council-like effort by PR, media and clients to teach the general public about media literacy (see PRNews Pro, February 27, 2017, and Social Issue of Our Time, at dickmartinblogs.com, February 24, 2017 ).] On a larger scale, consider supporting organizations that are committed to supporting journalism, such as the Committee to Protect Journalists, The News Literacy Project, The Arthur W. Page Center and First Draft.

In the age of fake news, PR pros are accountable for so much more than the brands we represent. When we are selfish in our craft and move away from quality and ethics in favor of bulk media coverage, we’re contributing to the problem. We must be more altruistic, working hard alongside our partners in the media, supporting their work to keep the public informed of the truth.