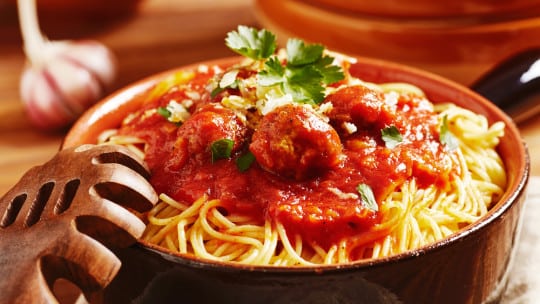 Imagine that a restaurant’s menu offers a delicious-looking entree of spaghetti, meatballs and red sauce. Wonderful. Well, sorry, but you are prohibited from ordering them together, on a single plate.  Absurd, right? Sounds like a Seinfeld episode.

That is the state of earned, paid and owned media. You can use PR for earned media, digital marketing or advertising for paid media, or content marketing for owned media. But mixing them? Blasphemy.

In reality, separation of media is an illusion. Earned, paid and owned are not types of media but rather are distribution methods. Nothing is preventing you from blending them.

When you combine spaghetti, meatballs, and red sauce, the sum is greater than its parts. The same goes for media. When you earn, pay for and own the same content, you get integrated media.

The Best of Each

Integrated media is an answer to that favorite riddle: What’s the ROI? The purpose is to combine the strengths of earned, paid and owned media into campaigns that maximize quality, precision and measurable value. The chart below illustrates the relative strengths and weakness of each media: 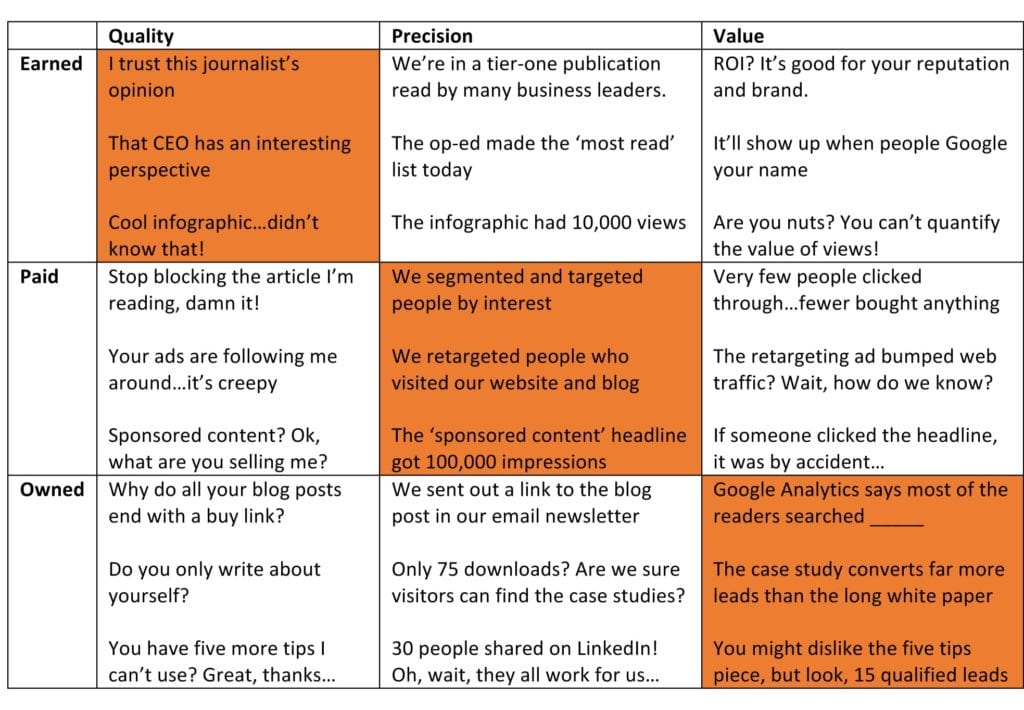 Paid media is the most precise. With targeting tools like Facebook’s, you can segment by affinity, demographics and other data-driven criteria. You can also collect detailed data on how the ads performed. Earned and owned media are more passive and less targeted.

For companies that generate leads or sell online, owned media has measurable value. With Google Analytics, you can determine where visitors came from, how many converted from leads to customers, and what content was most influential in their decision. Earned and paid media lack that tight connection to purchases. Someone who visits an e-commerce site has greater intent to buy a product or service than a person who sees a news article or an ad about it.

Let’s say you sell a high-tech ice pack. Your CEO, Ofer Ichevar, a former Iron Man, Green Beret, Olympic medalist and professional mountaineer invented it. Instead of dividing earned, paid, and owned media, we might integrate them as below:

Integrated media works for your brand because it’s good for the audience. The global content machine inundates people with articles, videos and images that they will forget almost immediately. Integrated media reduces clutter while embracing the most advanced tools of digital marketing. It acknowledges that brands should demonstrate and max out their return on investment.

You now can have spaghetti, meatballs and red sauce in one bowl. Earn quality coverage, pay to amplify it, and then own the story. Enjoy!

Heather Kelly is CEO of SSPR