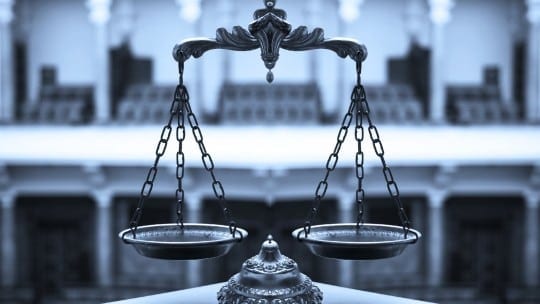 Big law firms were one of the last business sectors to embrace PR. Today, they are fully committed to it but in some instances, they can be among the more complex clients for PR people.

Historically, law firms were averse to marketing and PR. Until the late 1970s, advertising by attorneys was regulated or banned by licensing and regulatory bodies. That changed after the U.S. Supreme Court overturned rules against lawyer advertising.

Still, lawyers viewed advertising and PR as unseemly. When I was a reporter, I saw that plaintiffs’ lawyers were among the first to break the PR taboo, followed by corporate and defense lawyers. Once one big law firm started marketing, the rest followed. Today, members of the «Am Law 100» (top 100) firms have in-house marketing and PR arms and use PR agencies.

A large law firm can be a source of great PR potential, with exciting news and high-profile clients. Sometimes, getting the news out or commenting to reporters can be sticky. The problem can boil down to internal rules and policies and client conflicts that prohibit talking to the media on certain topics, or need multiple layers of approval to do so.

Lawyers often break into mainstream media headlines and onto the airwaves when there is a big breaking scandal or an ongoing story involving a client or a legal issue on which they are expert. The goal of the PR there is to get the lawyer quoted, help a client and get the law firm name mentioned. It’s not a cakewalk to get all three—especially the law firm name.

I’ve done PR for many lawyers and law firms of varying sizes and types and have had a lot of good experiences and results. But I’ve also had lawyer clients balk at interviews period (comparing them to a dentist’s visit), been told not to even return a reporter’s call, and once, after a page one placement, I was asked why the story wasn’t above the fold of the newspaper. Without prompting, I have heard similar stories from other PR people. The bigger the firm, the stickier some things can be.

Sometimes, law firms are their own worst enemy. The law firm of Dewey & LeBeouf stands out among recent disasters. It grossly overpaid certain lawyers, began to hemorrhage, partners left for other jobs and the firm imploded into bankruptcy; finally firm leaders were charged in a criminal case by the Manhattan District Attorney’s Office. The press had a field day and PR was of little use to help the firm.

So How Do You Train a Lawyer to Talk to the Media, and What Is Ripe for PR?

Dewey was a high-profile aberration but served as a warning for law firms about crafting their images. For most law firms, the PR plan starts with American Lawyer, the trade publication that forced law firms to release their revenues and brought them more into the business world. But if you can only get into a trade publication, law firm PR isn’t doing its job.

The first thing is to not only make sure lawyers are media trained, but also that they speak to reporters in plain English and not legalese. Lawyers for the most part want to help PR, but they do push back. And they did so again after social media started, not embracing it right away, but eventually they came on board.

At the 30,000-feet level, big news can help boost law firm PR when done well and as part of an ongoing PR and branding push. After all, a law firm can benefit from PR for high-profile lawyers, former politicians and private sector bigwigs when they join firms. They can become go-to sources for media.

Among other ways to get press is to use litigation PR, targeting specific reporters covering courthouses, government agencies and the U.S. Supreme Court, pitching law firm deals, bankruptcy work, pro bono matters, events and both U.S. and international offices. One caveat is the British media: they make the New York Post look tame. Additionally, law firm PR can generate press with new partner hiring, new practice areas and new offices. Bylined articles are also a good way to get firm names out.

Give your PR opinion but know the client may overrule it for legal reasons.

As I said, PR for big law firms can be rewarding but it can also have more than its share of roadblocks and false starts.