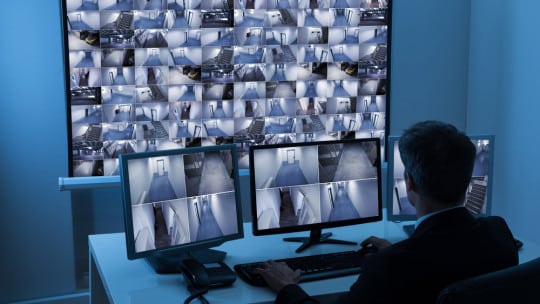 In a world constantly disrupted by technological advances, how can we make sure we’re the ones making change, and that change isn’t, in a sense, making us?

That was a question posited by keynote speaker and futurist Anab Jain at the International Association of Business Communicators’ (IABC) World Conference on June 4 in Montréal.

Jain, a filmmaker, designer and educator, focuses her work on imagining many possible eventualities. Jain’s design firm Superflux creates films, public art and prototypes that aim to “trace threads to the future.”

Communicators and creators, Jain told IABC attendees, are responsible for considering multiple future contexts for the things we build.

“It feels as if the world around us is increasing in technological complexity, but it’s becoming harder for us to comprehend,” Jain said.

“Facial recognition is not just useless; in police hands it is dangerous,” Jain argued. She quoted a recent study by The Independent that found facial recognition technology used by the U.K. government to track criminal activity was 98% inaccurate.

Another unsettling trend: deep fake technology, which can insert individuals’ faces into videos without their permission. And voice recognition technology from Google will soon allow machines to make phone calls on our behalf.

So where do communicators come in as we enter an era that was, until now, primarily laid out by authors of dystopian science fiction?

For one, government and nonprofit communications professionals have a chance to advocate for better regulation. Jain brought up the recent Toronto Declaration, in which human rights groups called for new standards to prevent machine learning systems from violating existing human rights law.

And communications professionals should be wary of trusting too much in data, which initially seeded those systems.

Jain asserted that too often, numerical solutions become stand-ins for true progress. She pointed to incorrect projections of the 2016 U.S. election as an example of over-dependence on data in uncertain times.

“We need to be able to temper our current models with the idea that we don’t, and will never, know everything,” she said.

Marketers and industry leaders must also remember that technology can be outsmarted by human unpredictability.

One of Jain’s films explored the concept of well-being through smart devices. In it, an elderly Brit receives a stream of texts from adult children tracking his lifestyle habits from afar.

Our hero sticks his “smart fork” in salad, tracking his vegetable intake, while he eats French fries from a separate plate. Meanwhile, he pays a teenager to walk his “smart cane” around the block, counting «his» steps while he watches television on the couch.

“We try to put everyone into the category of ‘users’ but we are far more whimsical, weirder creatures,” Jain smiled.

In closing, Jain insisted that communications professionals must ensure people know what’s happening to their data—and transparency is an important part of that. That means taking time to ask the difficult questions in meetings instead of consistently “pushing solutions,” she said. “We have the tools, we have the commitment, but all we need to is step forward.”