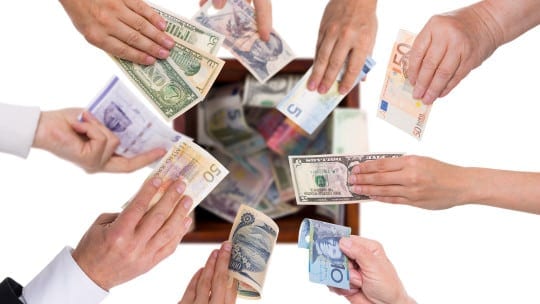 Crowdfunding platforms like Indiegogo and Kickstarter burst onto the scene in the late 2000’s, providing startup companies with an innovative and unique way to generate buzz around new products. Since then, there has been a huge uptick in entrepreneurs flocking to these platforms, which has led to a saturated market, especially in the tech space. Recently, media have tired of the crowdfunding angle and often will not cover campaigns at all. While crowdfunding can still be successful, entrepreneurs must be prepared with a strategic plan for setting and reaching their goals.

If you have decided to launch a crowdfunding campaign, go through these tips to ensure that you’re set up for success:

Ask why you are putting your product on Kickstarter. If the first answer is funding and the company doesn’t have a huge footprint yet, running a crowdfunding campaign can be an effective way to introduce it to the marketplace and run preorders.

However, if you don’t need the money, pump the brakes. Are you only using crowdfunding to make a splash with the media? You don’t need the campaign to get press for the product. In fact, it may hurt chances for high-level media coverage. Instead plan a launch campaign introducing the new product to media and let consumers can begin placing preorders.

Dreaming big is important, but when it comes to setting an Indiegogo or Kickstarter fundraising goal, don’t be greedy. Figure out exactly how much money will be needed to move forward and ask for it. Set an attainable goal that won’t deter potential backers.

It’s also important to be clear about the real goal. Perhaps you set your goal at $35,000 when really you want to raise $100,000. Identifying the true goal at the beginning of the campaign will help you better understand what you’re looking for when it comes to media coverage.

Make sure to communicate internally prior to launching the campaign in order to manage expectations. Discuss what type of outlets are most likely to cover a Kickstarter, like early-adoption tech sites, and which ones won’t, like consumer-facing publications. Remember that coverage might not explode in one moment on launch day, but rather flow in a steady stream. By setting realistic expectations, you’ll avoid overpromising and under-delivering.

Identify a Storyline Outside of Crowdfunding

Media no longer view crowdfunding alone as an interesting angle, so you can’t rely on it to generate coverage. Additionally, reaching a funding goal is not a story and such campaign milestones should never be used as a hook. Instead you must craft a story that exists and has legs beyond the 30-day campaign. Approach it is as though you just happen to be doing a crowdfunding campaign when you introduce the product to the media, rather than using the campaign to make that introduction.

Back Up Your Claim

Startup companies with no previous track record must be prepared to demonstrate how and why their product works. If you are claiming to be “the first” to do something, you need verified data to back up that claim and add legitimacy to the brand. Additionally, be sure the campaign page and company website showcase a strong video and visuals that explain what the product is and how it works, without overwhelming or confusing readers with clunky, technical language.

Don’t Put All Your Eggs in One Basket

Press coverage can play an important role in a crowdfunding campaign, but it can’t be the only thing you rely on to meet the funding goal. Even high-level coverage that may be a trophy piece for the company brand doesn’t necessarily translate into backers. Ensure that press is only one component by planning a comprehensive digital marketing strategy that reaches potential backers through social media, web and email advertising.

As entrepreneurs continue to turn to crowdfunding, it becomes increasingly challenging to make a splash. Writers who once wrote about Kickstarter products now avoid it due to crowdfunding fatigue or fear of being burned by projects that never come to fruition. Armed with these tips, PR experts can help their startup clients tell a compelling story that will live on long after their 30-day campaign comes to an end.