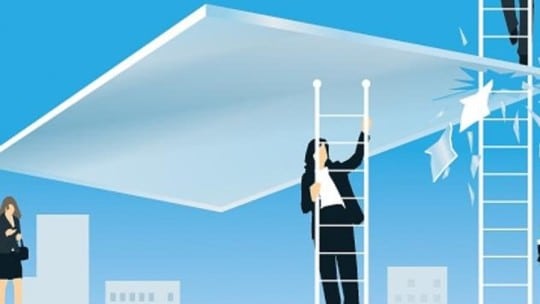 The pay wage gap in the public relations industry has recently received a lot of attention. There is no denying that the PR industry is predominantly comprised of women in the workforce—70% of the workforce, to be exact. Yet women hold 30% of C-level positions in the industry, according to the Holmes Report. How can a change occur?

Thanks to the current election cycle, the issue of pay inequality is getting high-profile attention from both presidential candidates.

The New York Times states in its recent article about Hillary Clinton’s promises that a main reason that men get paid more is due to the fact they enter industries with higher paying positions. But there are bound to be women in their offices, in any field, so why can’t their pay be equal to men in whatever occupation they choose to enter?

While Clinton has been fighting to gain pay equality through legal action in the form of the Paycheck Equality Act, some women are taking a separate route to find their own success. Many women, especially in the public relations industry, are establishing their own businesses and capitalizing on entrepreneurship to find success.

The Center for an Urban Future and Capital One’s Future Edge Initiative, in cooperation with WE NYC (Women Entrepreneurs NYC), recently hosted a conference titled “Breaking Through: Harnessing the Economic Potential of New York City’s Women Entrepreneurs.” The symposium consisted of keynote speaker Alicia Glen, deputy mayor of the city of New York, as well as two separate panels of guest speakers.

The first panel of speakers focused on the topic “The Power and Potential of Women Entrepreneurs.” Erin Andrew of the U.S. Small Business Association, Gregg Bishop of the NYC Department of Small Businesses, Laurie Fabiano of the Tory Burch Foundation, Lexy Funk of Brooklyn Industries, Monique Greenwood of Akwaaba, and Andrea Jung of Grameen America were all featured on the panel.

The second panel was titled “Boosting Women Entrepreneurs in NYC’s Tech Sector,” featuring panelists Nicole Hamilton of Tactile Finance, Jalak Jobanputra of Future/Perfect Ventures, Susan Lyne of BBG Ventures, and Brooke Moreland of Jewelbots. The women discussed the importance of having a female presence in the tech industry, and how to keep that presence growing.

A unanimous observation these four women made was that, while pitching to male investors and accelerators, if a product or service seems foreign to them, it will have to pass the “wife test”—meaning, they will return home and ask their wives, girlfriends, or female friends if this product or service would prove useful and if it is worth investing in. Having more women in financial and investing positions would bring more open-mindedness to the table—and ultimately eliminate the “wife test.”

A recent article by WeWork featured various successful women entrepreneurs, asking them to share their best advice for aspiring women entrepreneurs. “In a male-dominated workplace, women often default to a defensive approach to be able to stand up to the unique challenges that being a woman brings,” said Ashley Burnstad of HYP3R. “Being conscious of when we’re doing this and working to be more assertive (productive) than aggressive (inflammatory) generally gets a better response, regardless of gender.”

Women entrepreneurs are presented with many instilled challenges that men are able to forego. Learning to cater pitches to a male audience, asking for the capital that you deserve and need in order to start your business, and sticking to your goals are all obstacles that women entrepreneurs are taking strides to combat.

However, for all of the obstacles women entrepreneurs may be facing, the ones who are leaders in their industries offer some great advice for young leaders who want to make a difference. In an article by Washington Women in Public Relations, Debbi Jarvis of PepCo Holdings, her own corporate goodwill firm, stated, “I don’t like to look at things as challenges,” she said. “I like to look at things as more opportunities.”

The glass ceiling needs to keep being shattered, over and over again, until there’s nothing left for women to break through. If the goal is to successfully get the economy back on its feet, why not do so by entrepreneurship, and specifically women entrepreneurship.

Courtney Lukitsch is founder and principal at Gotham PR.