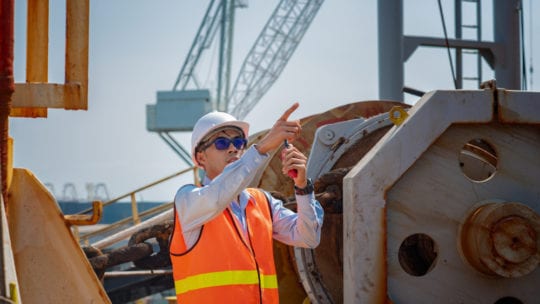 My first day on the job as a communicator for a large, publicly traded energy company was a painful test: In an accident, a contractor tragically died. Since that day, I have faced dozens more crises during my career. Here are some lessons learned.

Some crises may seem similar, and a few are. No two are identical, though. As such, each crisis requires a unique approach.  There is no such thing as a one-size-fits-all solution.

Compounding the situation, should you act responsibly and refuse to speak until you have complete or even a lot of solid information, someone else, perhaps a competitor or an activist group, will fill the gap. It’s possible, if not probable, that they will supply a narrative that hurts your brand’s reputation.

One of the most important parts of your crisis prep is to have a series of generic, approved holding statements that you can tailor with specifics when a crisis occurs. Crafting a statement from scratch during a crisis and getting it approved will absorb time, which may be in short supply during crises.

In the holding statement acknowledge the issue(s) and describe your company’s response thus far. When there are victims, acknowledge them in an appropriate tone and apologize (more about apologies below).

Questions and responses You’re unlikely to have complete information early in a complicated crisis. A good rule of thumb: if you lack enough information to answer a question, say so.

As in any situation, crisis or not, if there’s a question that you’re uncertain about, tell the reporter you’ll check on the answer and will follow up later. When you promise to do that, deliver.

Similarly, in the holding statement and in any press interviews, don’t offer specifics without having a strong command of them. In addition, avoid speculation or predictions, such as when you’ll be able to resume business as usual. Provide information as fact only after you’ve confirmed it to your satisfaction.

Always refer questions about law enforcement and public agency investigations to relevant authorities. The same applies to vendors, partners etc. Though they’re part of your crisis, don’t speak for them.

Truth In an age when reporters face accusations of fake news, and social media seems loaded with disinformation, it’s vital for corporate communicators to be honest, accurate, timely, and reassuring ambassadors for their organizations. This is particularly so during a crisis.

Apologize  Organizations recoil against making apologies, because it may be seen as an admission of guilt. This, in turn, could create legal liability and exposure. But sincere apologies are very important in getting through crises. Sincere, carefully worded, expressions of empathy often help head off future problems. This should be part of the holding statement or can come shortly after.

Be flexible Odds are that things will change in an instant during a crisis. You have to adapt without getting flustered. For example, don’t fret that your approved holding statement suddenly can’t be used. Accept it professionally and go back to work.

Speaking of working professionally, having a staff duty rotation prepared for a crisis could prove invaluable. Again, flexibility likely will play a role.

A crisis rarely occurs on your schedule. Crises occur on weekends, holidays and when key staff members are on vacation or traveling for business. If you’re with a multinational company, a crisis can occur well after you’ve gone to bed. In addition, it may continue 24/7. Since you’ll need coverage, a duty rotation prepared in advance will be useful. Understand, though, it’s a blueprint only. As we noted above, flexibility is essential.

Identify key non-PR staff and get to know them Meet these staff, discuss process and what you’ll want from these staff members.

Since PR touches the entire enterprise, you are in an excellent position to know key personnel in all parts of the company. Time spent building relationships will prove valuable. You’ll need their trust as events unfold and you develop strategy, an action plan, and talking points.

In addition, working across the business puts you in position to know your company’s pain points. This knowledge is useful for anticipating PR crises. It also allows you to offer strategic advice to the C-suite.

Should another department handle social media, ensure that a crisis protocol is in place.

These experts can serve as sources for media covering the crisis. Their insight can help shape the narrative in positive ways. For example, a cybersecurity expert could provide perspective and context around a data breach that mitigates public alarm.

ICS Understand the National Incident Command System (ICS). It provides a framework, procedures, and resources to help organizations manage emergencies and work with first responders and other agencies.

Create a batting order for media  Contacts with whom you have the strongest relationships should be at the top of your list. Similarly, near the top should be influential outlets. Focus on those who’ll get it right the first time. Details always matter, but during a crisis they’re amplified.

Be direct with leadership  Refuse to sugarcoat your advice to the C-suite. Be assertive, even if you get resistance. Your knowledge of the media landscape, communications channels, and audiences will best serve all stakeholders.

Strategy and media Use social media, particularly if the crisis began there. Don’t rely on social media while ignoring traditional media. Social media’s speed and viral tendency are valuable, but also create hazards, especially during a fast-moving crisis. You can’t unring a bell or effectively delete an errant tweet.

David Gaier is a former director of communications at NRG Energy.