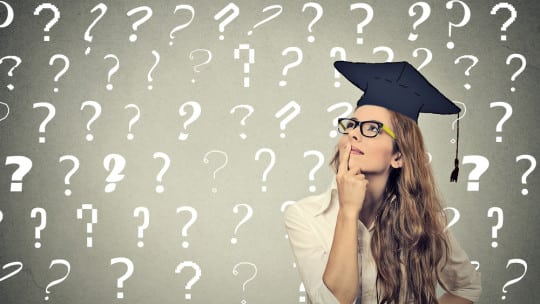 As a former reporter and editor at New York City newspapers and wire services, when I crossed the Rubicon and joined a PR firm as newspapers failed, I disagreed with how agency clients were prepared for interviews by media trainers.

Here is my own set of media training tips that you probably never learned in communication school:

Unknowns: The “tough” questions asked at an agency media training session are mostly useless. That’s because interviewers have their own set of questions.
What to Do: If a client cannot answer surprise questions, don’t suggest an interview for that person. A high-ranking executive who has a bad time during an interview can be a liability for you and the agency (and the brand in question).

Relationships: Having a close, personal relationship with an interviewer doesn’t mean only softball questions will be asked. The reporter’s bosses are watching.
What to Do: Prepare a client as if the interviewer isn’t a friend of yours.

Tough Questions: Standard practice is to prepare the client with the toughest questions that trainers can think of.
What to Do: Don’t let agency media trainers do that. The object is to prepare a client, not show how tough questions can be. Instead, prepare the client by asking about topics that have been recently covered, or over the years, in newspapers and trade pubs. Most likely that’s where researchers will go when preparing questions for the interviewer.

The Trainers: Agency policy is that media trainers should be in control of the training sessions.
What to Do: Turning over the training completely to your media training department is a big mistake, especially if you have an experienced account team. You can let the agency media trainers conduct the session if you have to play office politics, but only under the control of the account supervisor. No one knows the client’s strengths and weaknesses better than the account team, which should prepare the background information and questions for the media trainers.

Negative/Untrue Questions: Some media trainers will say a properly trained client can turn a negative question into a positive and give theoretical examples.
What to Do: Tell the client not to attempt it. Remember the interviewer is a trained professional. The client should tell the interviewer that facts in questions are untrue, if they are, and you will not respond to questions with wrong information. If the negative facts are true, the client should say, “We’re discussing ways to remedy the situation but can’t discuss specifics at this time.” Then the PR agency should prepare answers for the client in case the reporter follows up at a later time.

Bait & Switch: Depending who the client is and the subject matter, some interviewers will disregard all pre-interview conversations and the provided background information and ask a line of questions that have nothing to do with the reason the interview was arranged.
What to Do: Although this is a rare occurrence, the client should be prepared for such circumstances. There are a couple of ways to handle such a situation. The client can tell the interviewer that he or she doesn’t have the information on hand but will get back with the information or that information is being updated «as we speak» before being made public. Answers like that usually will get the interviewer back on the track agreed to. If it doesn’t, keep repeating, “I’ll be glad to answer that question in a couple of days after my staff updates the facts.”

Certain Things Clients Should Be Told:

My Philosophy of Media Placements
Some PR people believe in the numbers game: The more interviews for a client, the happier the client will be. I don’t believe that. Instead I always focus on getting quality hits, meaning interviews in prestigious media outlets. Clients remember those and, importantly, so do their business colleagues. Sometimes less is more when it comes to keeping a client happy. Also, a smaller targeted placement is more beneficial to a client than a larger story that does not reach the targeted audience. The exception is when you’re publicizing an inexpensive commodity item. Then it’s the more the merrier, but don’t bother clients with interviews in minor outlets.

Arthur Solomon, a former journalist, was a senior VP/senior counselor at Burson-Marsteller, and was responsible for restructuring, managing and playing key roles in some of the most significant national and international sports and non-sports programs. He now is a frequent contributor to public relations publications, consults on public relations projects and is on the Seoul Peace Prize nominating committee. He can be reached at arthursolomon4pr@juno.com